Check out the Oct. 18 edition of What's Trending in Aerospace, where editors and contributors for Avionics International bring you some of the latest headlines happening across the global aerospace industry. 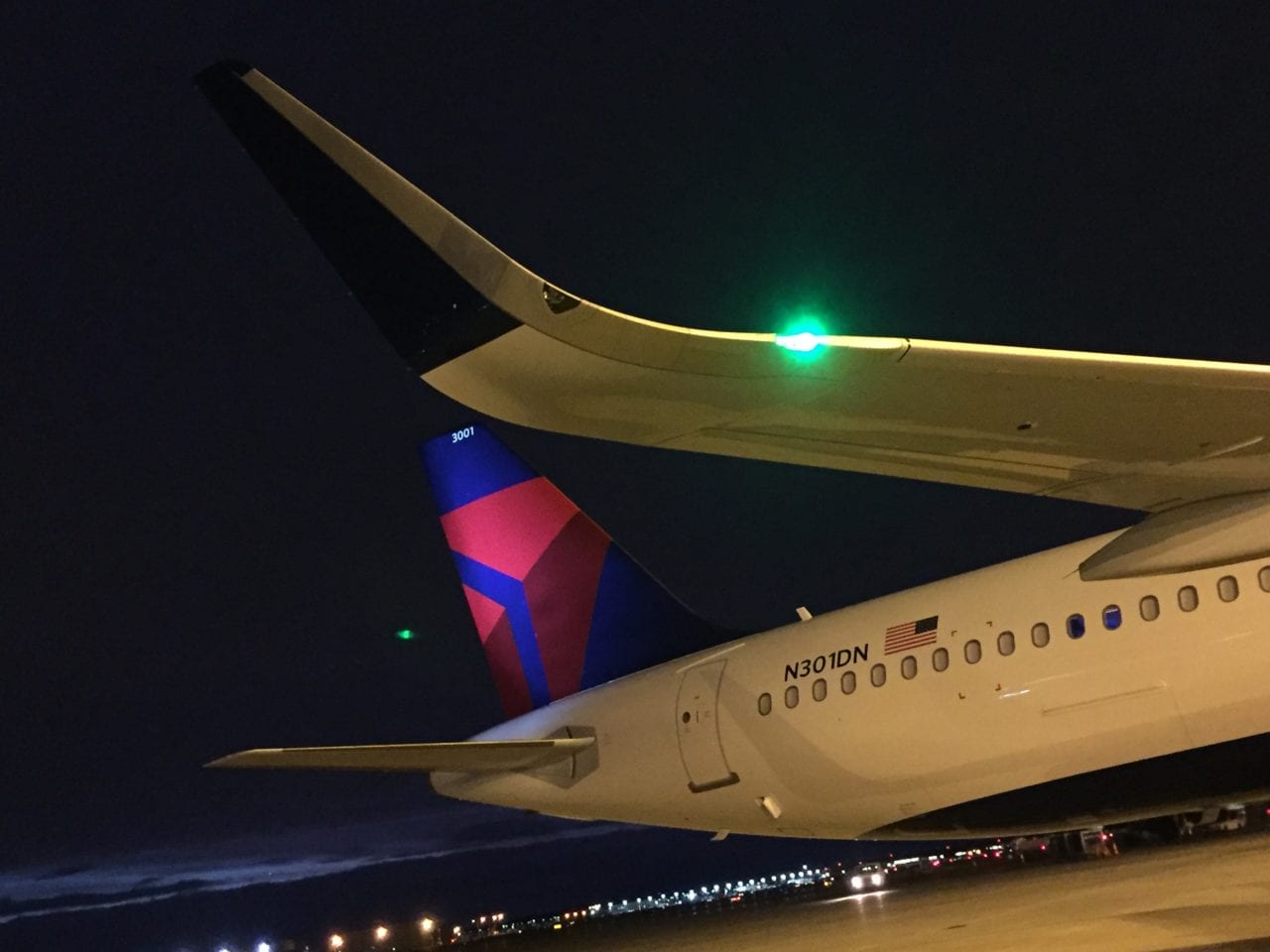 Delta plans to continue accelerating its fleet retirement plans and making adjustments to aircraft purchasing plans due to the impact of the COVID-19 coronavirus. (Delta Air Lines)

The Atlanta-based career attributed $4 billion in losses directly to the impact of COVID-19 "and the company's response, including fleet-related restructuring charges and charges for voluntary separation and early retirement programs for Delta employees, which were partially offset by the benefit of the CARES Act grant recognized in the quarter," Delta said.

"With a slow and steady build in demand, we are restoring flying to meet our customers' needs, while staying nimble with our capacity in light of COVID-19," said Glen Hauenstein, Delta's president. "While it may be two years or more until we see a normalized revenue environment, by restoring customer confidence in travel and building customer loyalty now, we are creating the foundation for sustainable future revenue growth."

Operating revenue was down 79 percent and capacity was reduced by 63 percent compared to the same period in 2019. The company has announced plans to accelerate retirements of nearly 400 aircraft by 2025, including more than 200 in 2020.

Lufthansa Plans Transfer of Airbus A350-900s to Frankfurt this Winter 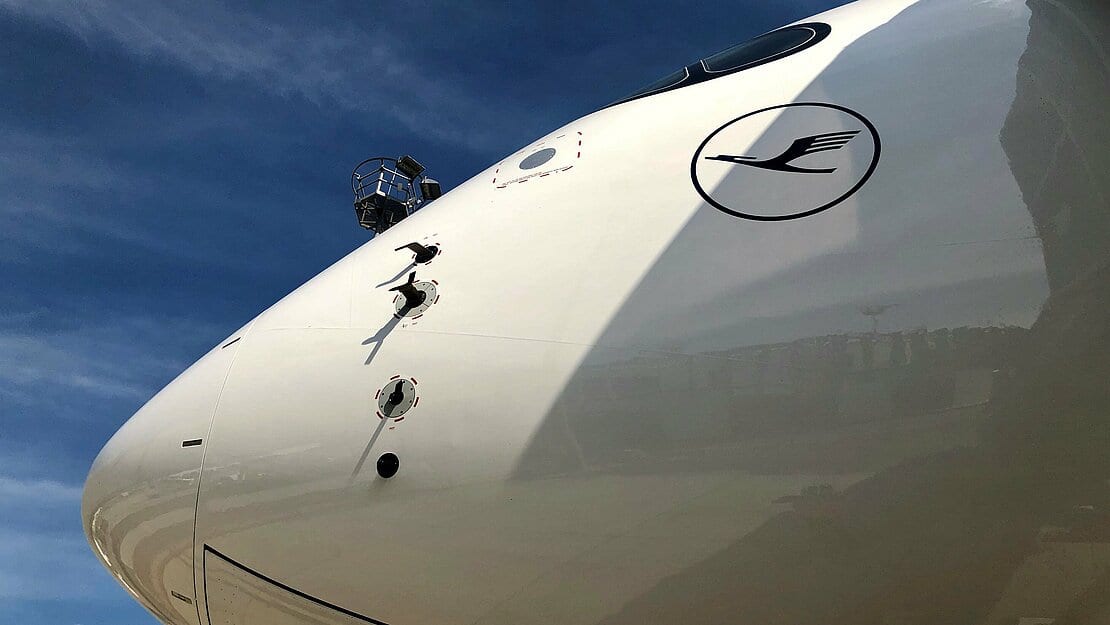 Lufthansa will be transferring four of its parked A350s to Frankfurt this winter. (Lufthansa)

Lufthansa will be deploying four of the Airbus A350-900s currently parked in Munich to its hub in Frankfurt this winter.

"Over the next few months the A350-900 will be serving Chicago and Los Angeles from Frankfurt, by temporarily replacing the Boeing 747-8 for this period of time. From December onwards, the ultra-modern A350-900 will also be flying from Frankfurt on the route to Tokyo/Haneda instead of the Airbus A340-300," the airline said in a Oct. 13 press release.

Lufthansa's A350-900 fleet currently encompasses 16 Munich- based aircraft. Due to the sharp reduction in the number of flights offered as a result of the corona pandemic, only seven A350-900s will initially be operated at Munich in the winter timetable of 20/21 on routes to North America and Asia. 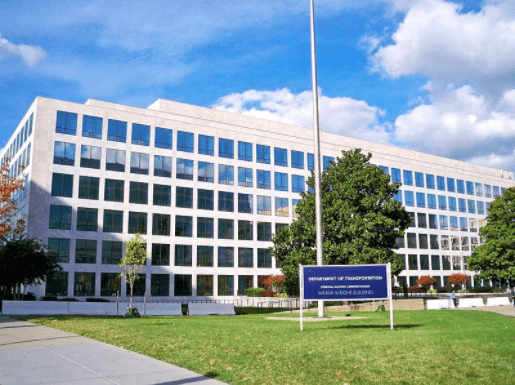 The Federal Aviation Administration (FAA) rolled out a new rule on Oct. 15 that it says takes a new, streamlined approach for commercial spaceflight.

The biggest change is that it allows launchers to use a single license for multiple launches and reentries, from multiple launch sites, valid up to five years. It allows for early review for applications submitted in increments. The rule also allows operators to request to have a means of compliance approved to accommodate customized operations, changing technologies and innovation.

Associate Administrator for Commercial Space Transportation Wayne Monteith said in a webcast announcing the update that the new rule is a set of flexible, performance-based regulations, and streamlined operational approvals. The former rule was mostly developed in the 1990s, and hadn't had a significant update since 2006.

Check out the full story on Via Satellite, a sister publication to Avionics. 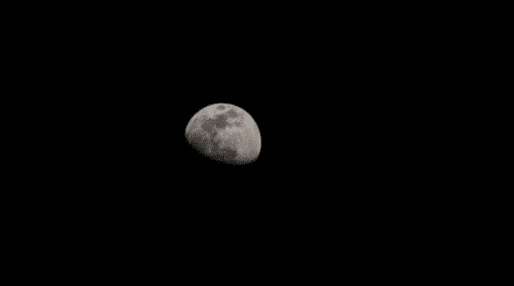 NASA has chosen 14 companies for contract awards to develop technologies for Artemis operations on the Moon, including about $260 million to a group including Lockheed Martin, United Launch Alliance (ULA), andSpaceX to develop cryogenic fluid management. The awards, announced Wednesday, have an expected combined award value of more than $370 million.

Check out the full story on Via Satellite, a sister publication to Avionics. 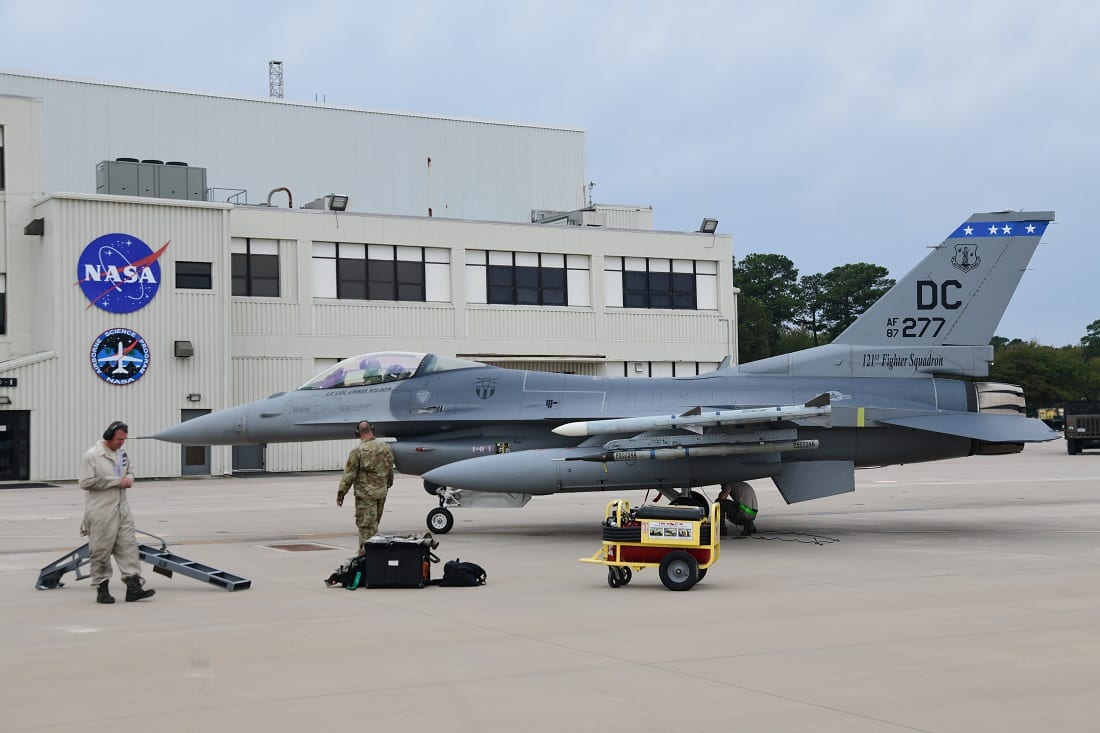 The radar is to provide 5th generation radar features akin to those on the Lockheed Martin F-22 and F-35 for the legacy fighter, which first flew in 1974.

JCO Looks to Use Counter UAS for Threats and Hazards 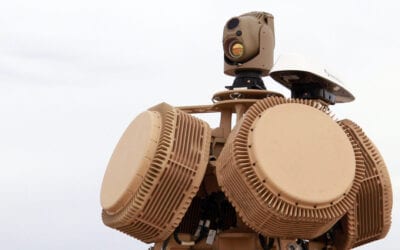 The JCO is set to announce industry requirements for Counter-Small Unmanned Aircraft (C-sUAS) at an open house on Oct. 30.

Gainey said the use of AI in JCO strategy is critical. The JOC wants to use AI/ML to reduce operator stress by increasing response reaction, increasing systems compensating technologies, and reducing complexity, Col. Marc Pelini, division chief for capabilities and requirements in the JOC, told reporters. Reducing complexity will allow counter UAS to be used by more operators.

"They want a MOS or military specialty agnostic capability that soldiers, sailors, airmen and Marines, pick up intuitively so everyone is a counter UAS operator," Pelini said.

Check out the full story on Defense Daily, a sister publication to Avionics. 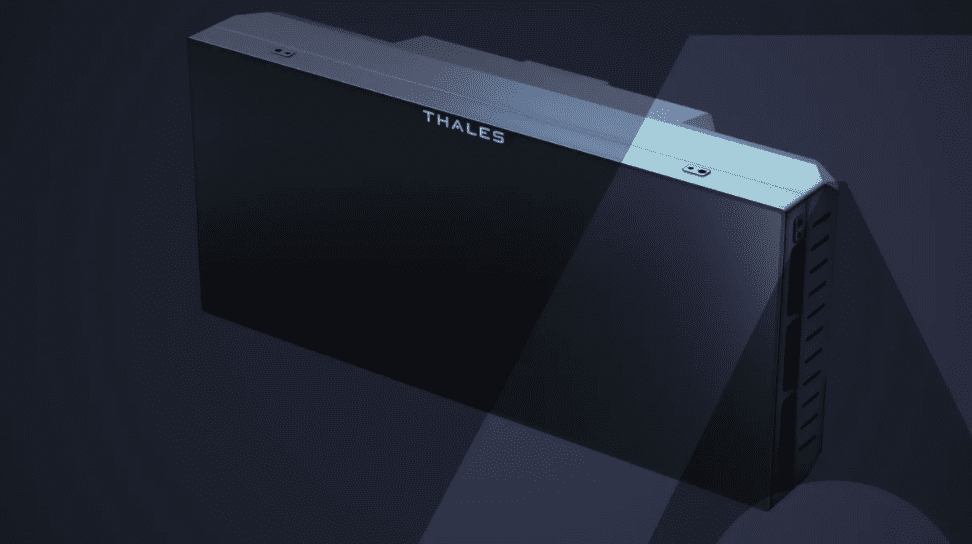 Thales has released a new compact airborne surveillance radar, AirMaster C, that has a "30 percent lower SWaP (size, weight, and power) with enhanced target detection capabilities for fixed-wing aircraft, helicopters, and unmanned aerial vehicles (UAV), according to a press release.

The AirMaster C weighs less than 20 kilograms and is able to self-cool because it has programmable 2D active antenna based silicon-germanium (SiGe) technology. The radar can select optimal settings to maximize detection performance on missions by using multi-polarization and it works similar to the human eye using short-range and long-range detection capabilities, according to the release.

"With this new product, Thales offers an optimized surveillance solution for a broader array of platform types and operators, ensuring they benefit from the highest levels of mission performance as they face the new challenges ahead," Hervé Hamy, Vice President for Intelligence, Surveillance and Reconnaissance (ISR) at Thales, said of the new radar.

The AirMaster C can be used in any environment and is set to be tested on the Airbus H160M Guépard.

Alteia, an enterprise artificial intelligence (AI) platform focused on visual intelligence, partners with GE Digital and Microsoft, according to a press release. Both companies will use Aleia's capabilities to streamline AI adoption for inventory, energy management, predictive maintenance, and equipment reliability issues.

GE Digital, a subsidiary of General Electric, will be utilizing AI solutions for its analytics software portfolio, which will save time and value for mission-critical solutions, according to the release.

"Predictive analytics and Network Digital Twins are changing the way digital utilities make business decisions as the benefits of Artificial Intelligence and Machine Learning are recognized across the industry," Sean Moser, Senior Vice President of Product Management for GE Digital's Grid Software business, said in a statement. "Management of vegetation in transmission and distribution corridors is key to providing a reliable supply of electricity to ensure public and worker safety. Our Visual Intelligence solution will provide data-driven insights to reduce operational costs of survey data management, increase reliability and safety, and reduce liability risk."

"Through this partnership, Microsoft and Alteia will help our customers accelerate their digital transformation and find new ways to drive innovation with AI thanks to the Alteia platform based on Microsoft Azure,"Agnès Van de Walle, Director OCP at Microsoft France, said in a statement. "Alteia, with its recognized expertise in imagery analysis and visual intelligence, is a strategic partner for Microsoft, and together we will help customers across a number of industries address their maintenance, productivity, and management issues." 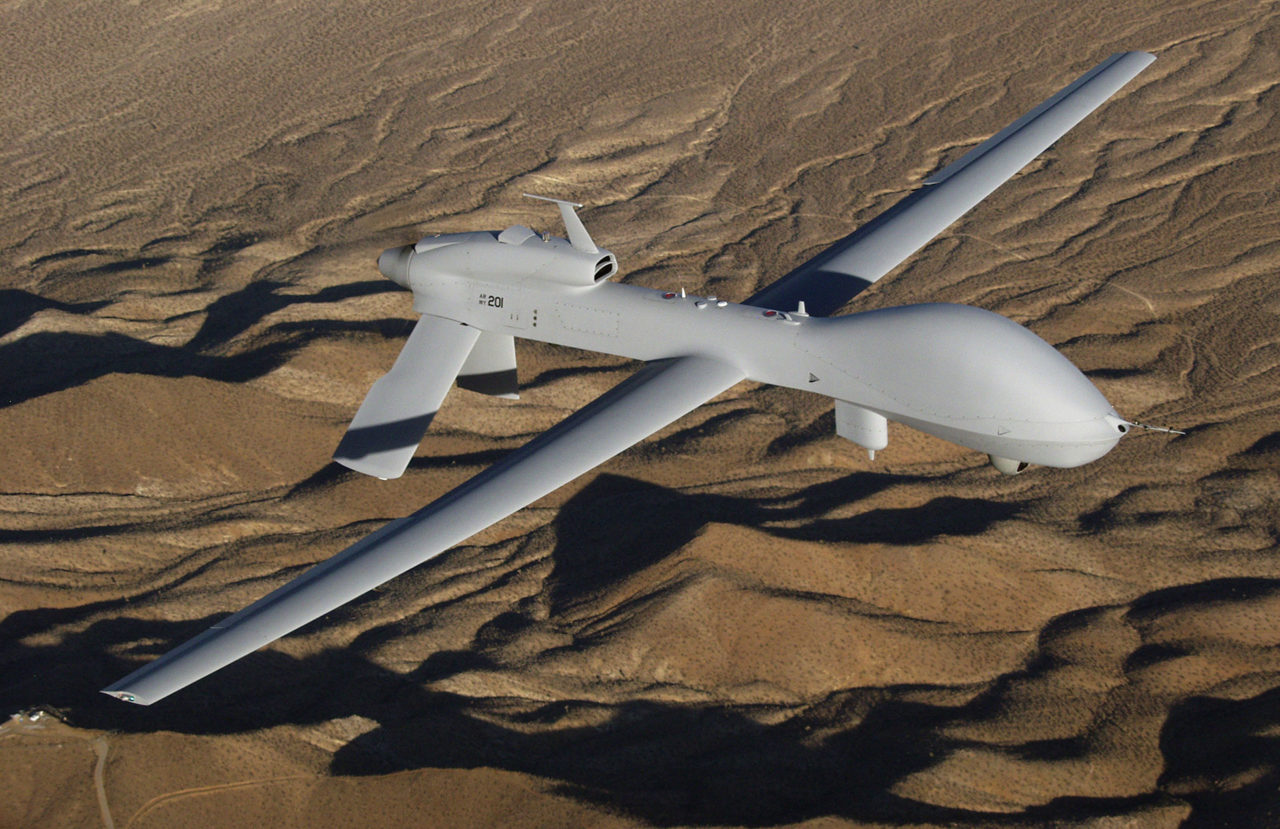 SC2 works through automated checklists and optimizes operator steps for everything from pre-flight to status monitoring and payload control by using a collection of software applications, according to the press release. This allows operators to focus on more complex mission objectives.

The new laptop-based interface will allow for fewer logistical burdens when operating GE-ER UAS because 100 percent of the functionalities of the Ground Control Station (GCS) shelter can be hosted on the SC2.

The Army will be able to reduce its logistical footprint of the GE-ER platoon using SC2.

"This capability will eliminate over 100,000 pounds of Army vehicles in each GE-ER platoon, providing maximum flexibility to unit commanders on the MDO battlefield," Alexander said. 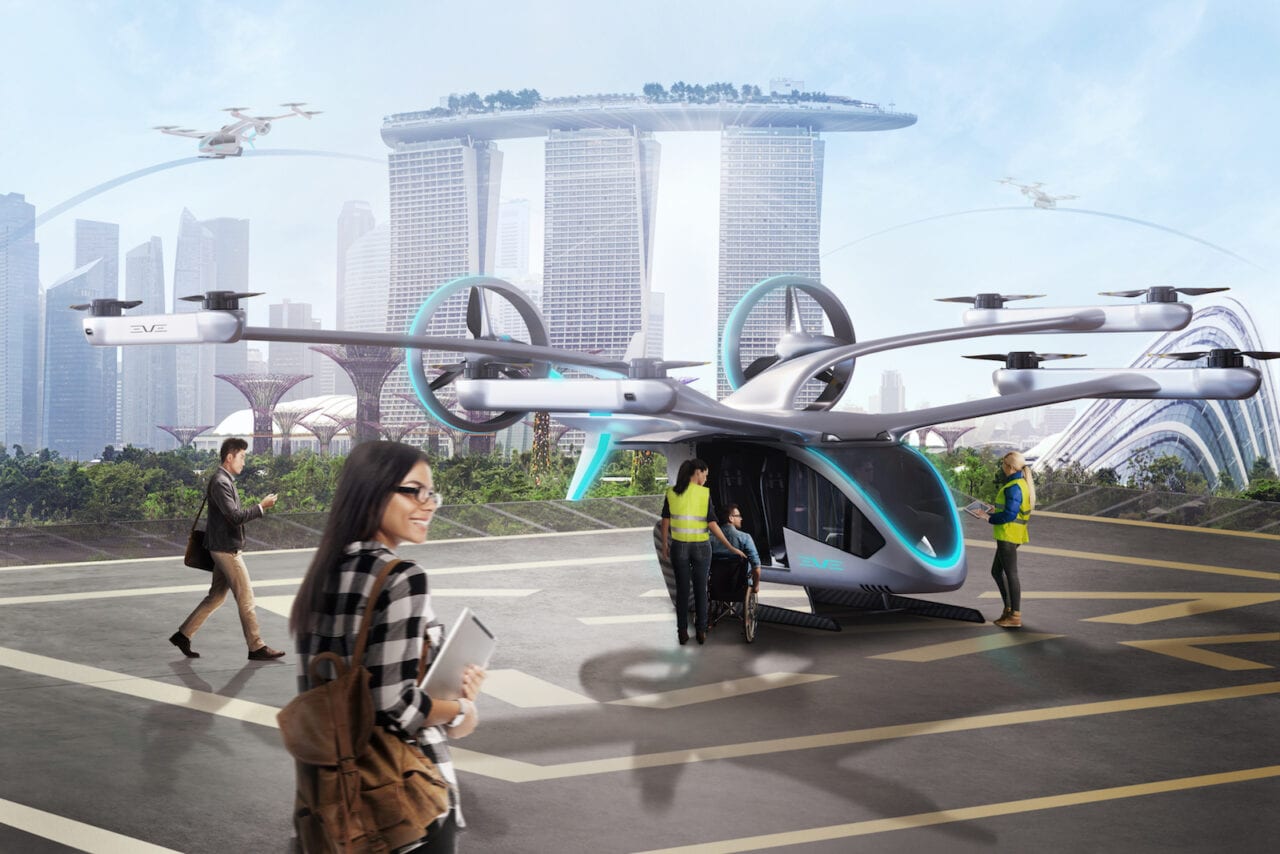 Eve is the first urban air mobility company to graduate from the EmbraerX program. (Embraer)

André Stein, former head of strategy for EmbraerX, has been appointed CEO of Eve. The company has been tasked with the progression and certification of Embraer's first electric vertical takeoff and landing vehicle (eVTOL), the associated comprehensive services and support network, and the creation of urban air traffic management solutions.

EmbraerX has been part of the Uber Elevate Network since its inception in 2017.
"Eve's launch is an important next step in commercializing Embraer's eVTOL designs while building on Embraer's ability to design, certify, and deliver safe, globally-accepted aircraft. We look forward to our continued partnership to make aerial ridesharing a reality," said Eric Allison, Head of Uber Elevate.