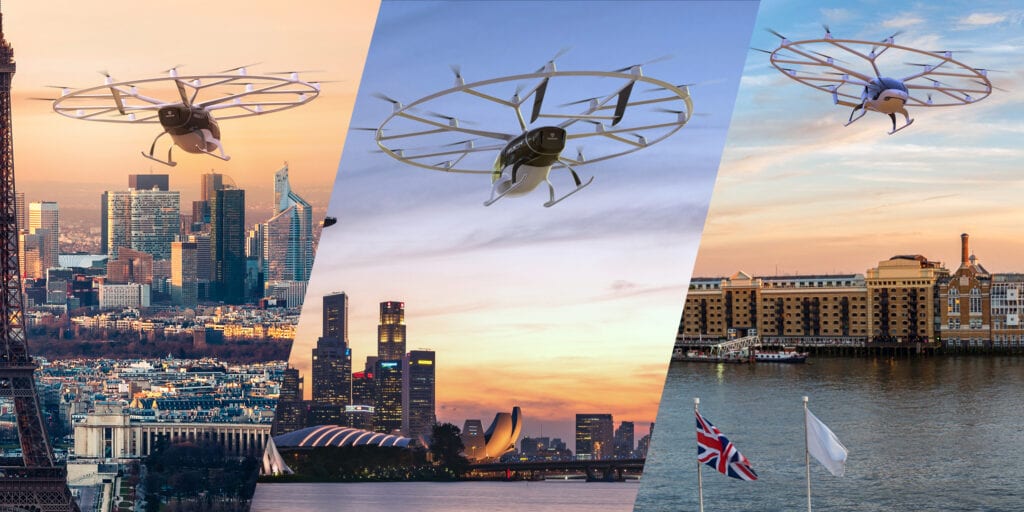 German air taxi developer Volocopter announced at Greentech Festival in Berlin it will take 1,000 reservations to be among the first to fly the aircraft once it is certified and available for commercial use.

The approximately 15-minute flights, at a cost of €300 euro, can be reserved for €10 euro and be redeemed within the first 12 months of commercial launch, according to Volocopter. Customers will also receive a video of their flight.

"While the final certification for air taxis is still pending, we do have a detailed realistic timeline to launch commercial VoloCity flights in the next 2-3 years. Moreover, those who reserve now can receive the latest updates about our progress and the commercial launch plan," said Christian Bauer, Volocopter's chief commercial officer.

As the only electric air taxi developer to have received design organization approval from the European Union Aviation Safety Organization (EASA), Volocopter is believed to be one of the companies closest to receiving certification for its VoloCity air taxi. The company has also conducted public demonstrations in in Stuttgart, Germany and over Singapore's Marina Bay.

"Based on our public test flights and regulatory achievement record, we have paved the way to make electric flight in cities common in just a few years. With the start of reservations, we now invite our supporters and innovators around the world to join us and be amongst the first to experience this new and exciting form of mobility," said Volocopter CEO Florian Reuter.