President Donald Trump on Wednesday declared a national emergency related to information and communications technology (ICT) provided by suppliers that are controlled by or owned by governments of foreign adversaries and gave authority to the Secretary of Commerce to prohibit the acquisition by entities in the U.S. of these technologies if they put the nation's security at risk. 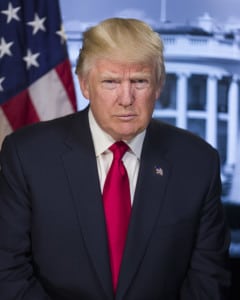 The executive order takes aim particularly at China, which is seen by the U.S. intelligence community and many allies as having controls with Chinese technology developers and manufacturers to ensure it can use these technologies when they are purchased by any entity for espionage and intellectual property theft.

A key concern of the U.S. is that fifth-generation wireless technology being developed by two Chinese companies, Huawei and ZTE, which are selling their systems worldwide, including to some U.S. allies, can be used by China's national government for espionage, IP theft, disruptive activities, and other forms of malfeasance. These companies have sold products to commercial and public sector entities in the U.S. for years, but the U.S. government has been taking steps to ban the acquisition of their technologies for government purposes.

U.S. government agencies are currently prohibited from using technology supplied by Russia-based cyber security firm Kaspersky Labs, which is also viewed as providing backdoor channels for the Russian government to spy on users of the company's technologies.

"The President has made it clear that this Administration will do what it takes to keep America safe and prosperous, and to protect America from foreign adversaries who are actively and increasingly creating and exploiting vulnerabilities in information and communications technology infrastructure and services in the United States," White House Press Secretary Sarah Sanders said in a statement.

The Securing the Information and Communications Technology and Services Supply Chain order also applies to transactions that have been initiated, pending or completed after the directive becomes effective.