Talking UTM and UAM With Robert Hammett, CEO of OneSky 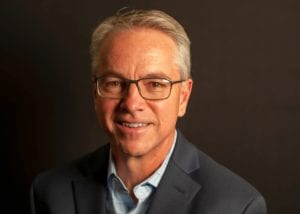 As interested parties across the drone and air taxi space eagerly await the widespread implementation of unmanned traffic management (UTM) and related enabling technologies such as remote ID, Robert Hammett, CEO of OneSky Systems, joined Avionics International and other news outlets for a wide-ranging discussion.

OneSky, a company spun off from modeling and analysis software giant Analytical Graphics Inc., took part in many of NASA's UTM development projects, is an airspace provider participant in NASA's Advanced Air Mobility National Campaign, and is a provider of Low Altitude Authorization and Notification Capability (LAANC) services for drone operations in restricted airspace.

In 2014, AGI began exploring UTM as a new area of application for its core dynamic modeling and analysis products, which are used by a number of leading aerospace and defense companies for ground, sea, air and space applications.

"At that point, we recognized there was an opportunity for our technology, we drew some parallels for some things we were doing in the space domain which are very aligned with UTM, and realized there was an opportunity for us to build out this digital infrastructure primarily focused on the beyond visual line of sight operations (BVLOS)," Hammett told reporters during a conversation hosted by the Vertical Flight Society. "Instead of starting with an idea and an app, we started with 7 million lines of aerospace-grade code that's been verified and validated and continues to get better every day." 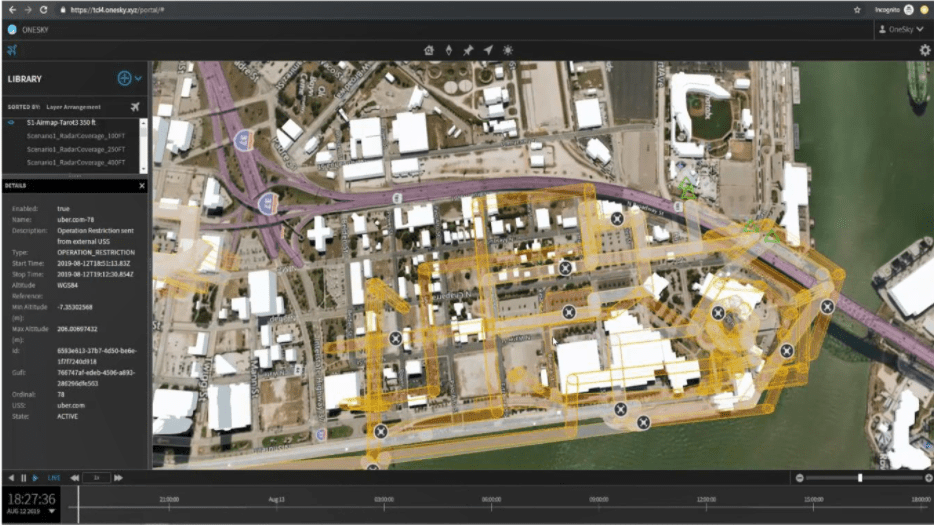 Hammett, who led the business unit within AGI that became OneSky when the company spun off in 2015, said the recognition of an opportunity was further confirmed with the more recent push for air taxis and urban air mobility.

In addition to the airspace and operation management services OneSky offers alongside many other UAS service suppliers – submitting flight plans, flight monitoring, customizable interfaces, producing analytics – Hammett said OneSky's airspace modeling and analysis will prove useful to cities, companies and government agencies as they decide how to proceed with operations.

"As a result of this modeling, simulating and analysis that we do, we then get this very rich set of deliverables that can be taken advantage of to do any number of things, from interfacing internally with organizations, interfacing with customers, interfacing with regulators, getting waivers and safety approvals, building up community adoption," Hammett said.

"What we're finding is that cities have the need to take that conceptual ConOps 1.0 and figure out how to wire that to their city," he said, referring to the FAA's recently-released UAM ConOps V1.0. "‘What is my real infrastructure, and where are my opportunities to operate and take advantage of these corridors? Where do I have the demand to move people within the city?' Our ability to quickly and easily model that … is really the first step, because you've got to figure that out."

Per the FAA's ConOps, the regulator plans to work with cities and industry to determine the placement of corridors designed for UAM operations, within which air traffic controllers will not perform tactical separation and stakeholders will use community-based rulemaking to safely increase the tempo of operations as capabilities improve. OneSky's products are able to model cellular coverage, noise, and risk – other key elements in determining where cities may want to place these corridors.

In addition to its participation in U.S.-based test programs, OneSky has partnered with companies and air navigation service providers in Switzerland, Singapore, Australia and many other countries to participate in pilot projects and develop global standards.

"We're hoping we can go as fast as we can, because the investment to participate in [NASA UTM/AAM and similar projects] are not insignificant and we really need to show that there are viable business models out here, whether on the UTM side or the UAM side, so that's another challenge that our segment of the industry faces," Hammett said.

OneSky is also a member of the Federal Aviation Administration's Remote ID cohort, the group of companies selected to shape and build out the core technology that will power that system and have significant utility for counter-UAS operations, according to Hammett.

"We've got to bring the authorized operators in, pull them out of the picture, see what's left in the data and then figure out how we isolate and assess the risk of those operations," Hammett said.

Remote ID, BVLOS and operations over people are three key areas where Hammett said regulation needs to progress to enable UTM and expanded unmanned operations. The FAA is planning to release a final rulemaking for drone remote ID by the end of this year.