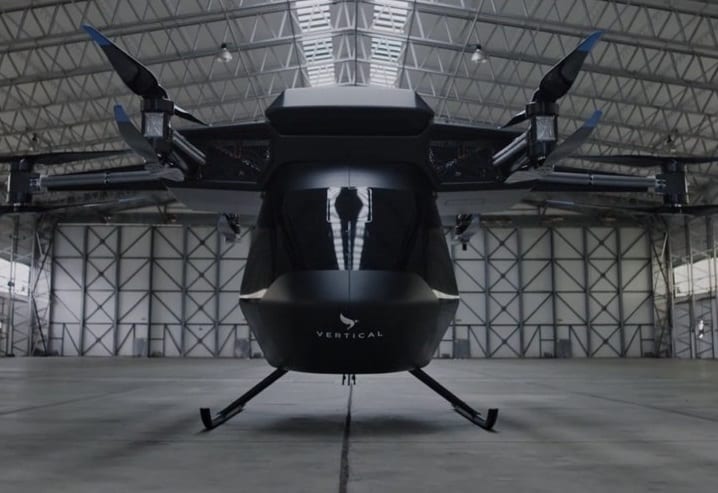 EASA's regulatory approach to air taxis all but precludes the use of non-steerable parachutes. Is that the best approach, and will other regulators follow suit? Photo: Vertical Aerospace's Seraph.

The European Union Aviation Safety Agency (EASA) has told a major air taxi manufacturer that it would be penalized for including a non-steerable ballistic parachute in their design, according to Larry Williams, CEO of Aviation Safety Resources, a manufacturer of recovery systems working with clients in the air taxi space.

In the document EASA published May 25 detailing the means by which air taxi manufacturers can achieve type certification for their aircraft, the regulatory agency makes clear it does not view non-steerable parachutes as helpful in achieving safety standards because they do not enable a controlled emergency landing.

"A controlled emergency landing should be performed under control; in particular it should be possible to steer the aircraft towards a touchdown area with the remaining lift/thrust units," the means-of-compliance document states. "Therefore this objective cannot be met by the use of non-steerable parachutes."

A catastrophic failure event due to aircraft system failure must have a probability of occurrence lower than one in 10-9 – or one in a billion – for person-carrying air taxis flying above populated areas, according to the final page of the special condition-VTOL published by EASA in July 2019.

For a failure condition to be classified below ‘catastrophic,' EASA will require air taxis to be able to perform a controlled emergency landing. In line with this policy, EASA has told a major European manufacturer that the deployment of a non-steerable recovery system will be considered a catastrophic failure event, according to Williams, whose company manufactures recovery systems for a wide variety of aircraft.

"It is unconscionable to me that EASA would take a position that would discourage the inclusion of any safety system that provides an advanced level of safety … in particular in this VTOL environment, you don't have any forward speed to give you options if something devastating were to happen," Williams said, adding that his company is in conversations with multiple other European air taxi developers interested in putting a recovery system on their vehicle.

Reached for comment, EASA did not address conversations with specific manufacturers, but confirmed that non-steerable parachutes do not meet its requirements for safe flight conditions.

Kentucky-based Aviation Safety Resources is developing ballistic parachutes for use in aircraft ranging from 60 lbs to 12,000 lbs. (ASR)

"Controllability and maneuverability are considered basic elements in the protection of those on board or on the ground," a representative for EASA told Avionics. "This needs to be ensured by basic system design. Any further capability could be demonstrated in addition."

With the Federal Aviation Administration and Transport Canada have not yet issued rulings on the inclusion of parachutes in air taxi designs, developers are divided on whether to include them. As of 2018, Joby Aviation said their design included a parachute, as did Airbus' Vahana demonstrator. Volocopter's VoloCity and Bell's Nexus 4EX do not.

Uber's Mark Moore told Avionics last year he encourages vehicle partners – of which there are eight announced to date – to consider ballistic parachutes as part of a multi-layered safety approach.

"In fact, we're actively working with industry and the FAA for manufacturers to receive certification credit for advanced safety systems," Moore said at the time.

EASA's approach is to focus on meeting higher safety standards for air taxis, equivalent with commercial airliners. Though a non-steerable ballistic parachute like the one developed by Aviation Safety Resources could significantly reduce the speed and energy of a malfunctioning aircraft, even at altitudes as low as 100 feet, it will still produce an uncontrolled emergency landing.

The regulatory agency is open to considering steerable parachutes, which Williams said his company plans to develop as a second-generation version of its current ballistic offering for VTOL and experimental aircraft. More clarity from EASA and other regulators may be needed, however, on what level of mobility must be supplied in order for a recovery system to be considered "steerable."

"Active systems could also be acceptable if their reliability is commensurate with their criticality," EASA's SC-VTOL means-of-compliance document states. "The operational context in which the aircraft is certified should be taken into account when defining the controlled emergency landing: The capability to steer the aircraft should be evaluated based on the gliding distance."

Jaunt Air Mobility's air taxi design, a combination fixed-wing aircraft and helicopter, uses proprietary slowed-rotor technology acquired from Carter Aviation to reduce reliance on the aircraft's main rotor, resulting in significant noise and safety benefits – and no need for a parachute, according to the company.

"I personally believe EASA is taking the correct approach relative to requiring that the aircraft have a fundamental level of safety equivalent to 10-9 – any other alternative means, like ballistic chutes, don't offer a level of safety that can be inherently designed into the aircraft," said Martin Peryea, chief technology officer for Jaunt, told Avionics.

Peryea, who previously spent 33 years at Bell including as chief engineer on the company's 525 program, explained Jaunt's approach results in an aircraft with no height/velocity restrictions for successful autorotation, unlike most helicopters.

"No matter where we are in our flight path – takeoff, descent, or cruise – we always make sure we have enough stored energy in the rotor where you could actually fly the aircraft without electric propulsion power," Peryea said. "If you're 1,000 feet above the ground in our aircraft, you have about 5 square miles of area in which you could glide down in a controllable manner and land. And you can land at zero forward velocity, unlike a helicopter, which comes down at a relatively high forward airspeed."

Jaunt and over 250 other air taxi projects are part of a technological revolution in the labs and hangars of aerospace companies around the world, with billions invested in this new potential system of aerial transportation and plans by Uber to commercialize it as soon as 2023.

Meanwhile, the industry is facing two of its most challenging public-facing crises since the dawn of the jet age. Between the highly-public investigation of the twin Boeing 737 Max crashes last year and the aircraft's certification process, as well as concerns around travel in confined spaces amidst a pandemic, it isn't clear what measures airlines and regulators will have to take to regain the public trust they had just two years ago – or if that will even be possible.

For air taxis to gain public approval amidst this environment of increased scrutiny, regulators and manufacturers will have to convince the public they are safe – both for passengers and those on the ground.

And safety concerns much more than aircraft system failures, which account for a small percentage of accidents in various operational contexts. More than 70 percent of fatal accidents are attributed to operator error, as Jacek Kawecki, vehicle components lead at Uber Elevate, told Avionics earlier this year.

Uber's approach to air taxi safety emphasizes reducing the various types of operator error, including through much greater use of autonomy than normally seen in helicopter operations. Much like self-driving cars, air taxi operators will need to convince regulators and the public that removing the human from the loop can improve safety.

A survey conducted by the University of Michigan found nearly 80 percent of respondents believe it to be "extremely or very important" for air taxis to have parachutes.

That statistic may be more telling of public ignorance to aerospace safety and awareness of parachutes than the role they should play in air taxi safety – though their use has saved hundreds of lives in general aviation – but it nevertheless reveals the difficult road ahead for air taxi enthusiasts to convince the public this technology is ready for prime-time.

And when the first high-profile accident occurs, with footage of a multi-rotor aircraft falling out of the sky in a populated environment – the entire industry may wish it had a parachute.