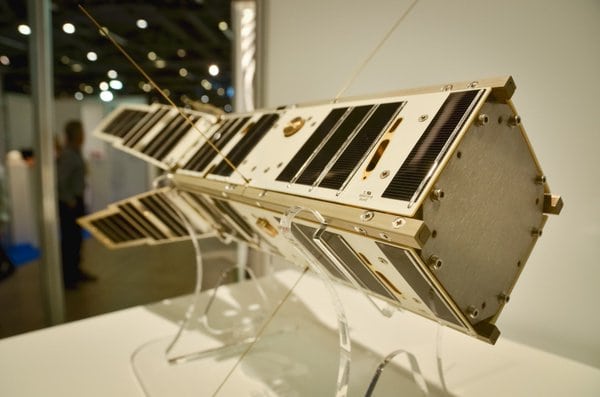 NanoAvionics and consortium partners KSAT and Antwerp Space have been awarded approximately $11.3 million (10 million euros) in funding by the European Commission's Horizon 2020, the European Space Agency (ESA)'s Advanced Research in Telecommunications Systems (ARTES), and private investors. The funding is for the first demonstration of the pre-cursor stage of the global Internet of Things (IoT) nanosatellite constellation with one or more IoT/Machine-toMachine (M2M)  service providers as pilot customers. The consortium will not enter the IoT/M2M business directly. Instead it will offer a global IoT constellation-as-a-service in a Business-to-Business (B2B) setup to existing and emerging IoT/M2M operators.

At the end of next year, the pre-cursor stage, consisting of two to three of NanoAvionics' interconnected nanosatellites, will be launched into Low Earth Orbit (LEO). The final, global IoT constellation will form an interconnected network with 72 satellites toward the end of 2023.

Frank Zeppenfeldt, from ESA's satellite communications group said: "We are excited to support the GIoT project because we recognise the importance that IoT/M2M and satellite connectivity play for the next level of innovation in almost every industry. ESA's ARTES programme will fund the development of the inter-satellite link from smaller satellites in LEO to commercial GEO communication satellites, and will demonstrate low cost data-relay services."