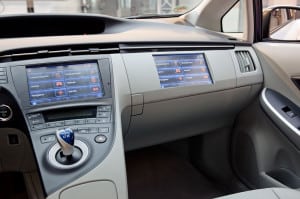 [Via Satellite 11-23-2015] At the Internet of Things (IoT) World Forum in London last week, a number of speakers touched upon the changing dynamics of the IoT market, and the verticals that could see explosive growth in terms of connected devices. Chris Newton-Smith, chief marketing officer at Redknee, said in his presentation that we have had connected devices for quite some time, but now we are in the "second phase of the hype circle." The size of the potential market is impressive.

Newton-Smith believes the revenue from M2M connectivity will be relatively static, which is of course the piece that impacts satellite. However, he believes the amount of revenue from applications and platforms will increase. "Most of the money is still in devices, sensors, transmission of data. As the market grows, the revenue model will shift. Most of the revenue [will be] on data, devices and everything else," he said.

At the event, there were a number of case studies particularly from telcos such as Orange and Turkcell, which are looking to drive the benefits of IoT to their enterprise customers, as well as residential clients. Tahsin Akar, director of mobile services at Turkcell, spoke of the opportunity for one of Turkey's biggest telecoms operators. The company operates in nine countries, has more than 68.1 million customers, and 342,000 TV customers, and is launching a Turkcell SmartHome service in December. Akar said there are 2.8 million machines run by M2M or IoT solutions, and Turkcell connects that 1.7 million in Turkey.

"Big data is such an important asset for telcos. The number one vertical for IoT/M2M services is automotive. Then, there is retail, services, energy, smart city, smart home, and agriculture," he said.

Akar said Turkcell is tracking 350,000 vehicles in Turkey. Improving the efficiency for truck drivers, for example, is a key target for the company.

In Turkey, Turkcell has identified 2 million subscribers that are dealing with individual agriculture production. This is another key growth vertical, and one in which, you could imagine satellite technology playing a part.

Orange is one of the best known telcos in the world, and it is now looking to expand its service offering to provide greater capability and connectivity to its enterprise clients.

"Today, only 5 percent of patients are being prescribed connected medical devices. 70 percent of patients say they would be OK to be equipped with connected objects by their doctors. We see some programs like AT&T's, which delivered 70,000 FitBit bracelets to their employees," he said. "Integrating connected objects into healthcare will be a revolution. This is how things will be evolving. In France, you have a connected scale to transmit weight, blood pressure and heart rate, etc. [to help detect early signs of heart disease]. The difference in mortality rate was marked. After one year it went down to 12 percent, usually it is between 26 and 35 percent."

Routier added that 49 percent of doctors and 46 percent of patients are concerned that connected health devices could impact confidentiality. "If we make those connected devices a reality, there will be more and more data. We could have more efficient medicine with systematic DNA sequencing, predictive medicine and personalized medicine. There are challenges in the health sector," he added.

Rami Avidan, vice president of M2M at Tele2 Group said the two biggest opportunities for IoT were remote healthcare and agriculture. "These will be by far the two largest verticals for IoT," he said.

Stefano Bensi, director of Watson Internet of Things at IBM, told the event that enterprise IoT innovators face a number of challenges, as IoT brings an unprecedented amount of data to analyze. Like a number of speakers, he highlighted the security threat facing companies as more and more devices become connected.  "For example, there was an insurance company which put a black box in the car. However, the device monitoring braking and acceleration could be hacked," he said. He spoke of companies like Continental (tires) and Cummins, an engine manufacturer, which collects and transmits real-time performance data of its engines for predictive analysis as being innovators when coming up with interesting IoT based solutions. He also spoke of Pratt & Whitney using these solutions to more accurately and proactively monitor health of more than 4,000 commercial engines. "When you create this solution, the outcomes can be quite impressive," he said.