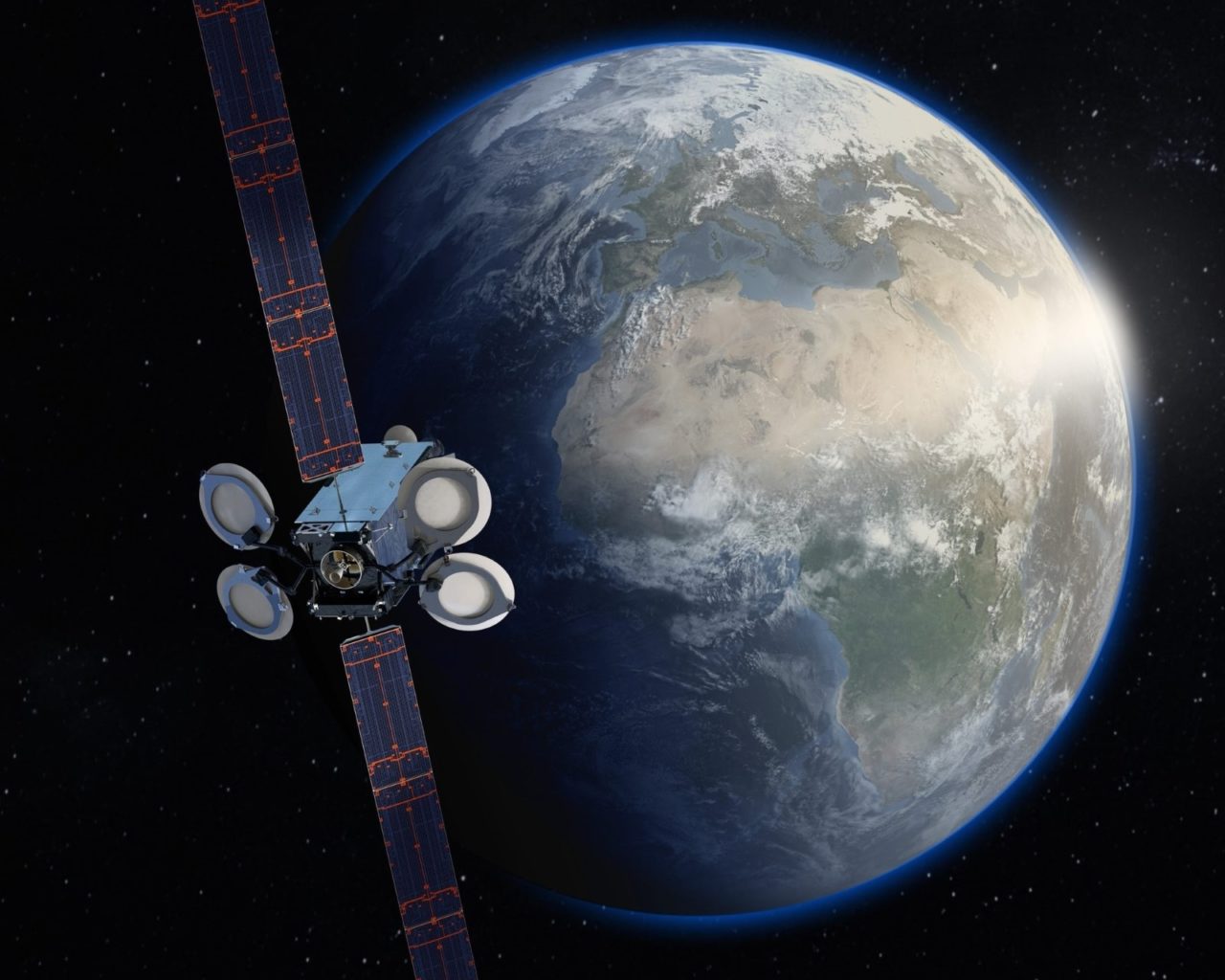 Artist's rendition of the AMOS-17 satellite based on the BSS-702MP bus. Image Credit: Boeing

HiSky and SpaceCom have worked together before, as they signed a cooperation agreement in 2017 to offer Mobile Satellite Services (MSS) and Internet of Things (IoT) services in the Middle East.

HiSky is a provider of satellite communication network systems. The company's network comprises of its Smartellite Ka-and Ku-band satellite terminals and hub base stations, a mobile application, an IoT/Machine-to Machine (M2M) interface, and application servers.

Spacecom's AMOS-17 satellite's Ka-band steerable High-Throughput Satellite (HTS) beams and HiSky's Smartellite terminals completed a successful series of on-the-move field trials. These tests demonstrated a data rate of 125 Kbps, which is a 400% improvement over other solutions, according to the release.

"Combining the new high-throughput AMOS-17 satellite with the advanced capabilities and flexibility of our small form factor terminal has enabled us to reach record speeds in data connectivity for on-the-move operations," said Shahar Kravitz, co-founder and CEO of HiSky. "For our consumers, this means that we can reduce the price of our services while offering higher level capabilities, including video streaming and other demanding IoT applications. It also opens up the very real possibility of deploying national IoT communication systems and infrastructure at state level, which would be a real game changer for communities across Africa."