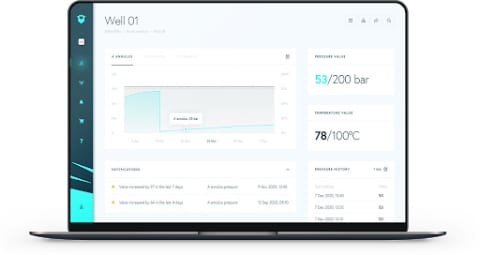 Hiber revealed Monday the launch of HiberHilo, a subscription-based Internet of Things (IoT) end-to-end solution for oil and gas well integrity monitoring. The company says this is the first subscription service of its kind. Hiber plans to introduce similar services for other specific use cases in 2021.

This is Hiber's first news release of 2020. Hiber launched an IoT network in 2019, following the launch of their 2 satellites in 2019.

HiberHilo uses Hiber's global satellite network to help customers automate continuous annulus pressure and wellhead monitoring of up to 250 wells in a radius of 10 kilometers. The product is available as both a starter kit and in the form of an enterprise solution, both of which feature pressure and temperature sensors, connectivity capabilities, alarm and alert settings, a desktop and mobile dashboard, and product support. Pricing starts at $449 per month per well, including 1 sensor and a 5 year contract.

Coen Janssen, co-founder and Chief Strategy Officer (CSO) at Hiber said, "We are excited to launch this first-of-its-kind IoT proposition for remote monitoring at a time when it is needed more than ever. HiberHilo has already been proven by Nederlandse Aardolie Maatschappij (NAM) and Royal Dutch Shell (better known as just "Shell") on an abandoned on-shore well. This technology can be installed in less than 2 hours and within 0.25% accuracy levels of a traditional wired system, which is extremely reliable."