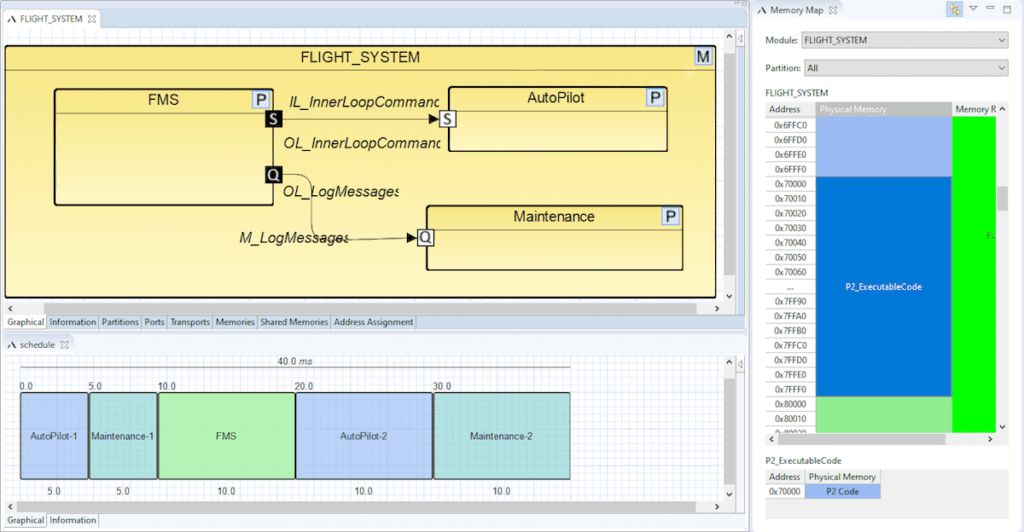 M-RTOS, according to the Quebec-based supplier of safety critical airborne software and systems, has the potential to lower the cost of ownership for an RTOS over the lifecycle of an aircraft system by 50 to 70 percent. The company says that it has priced it as a reusable product across multiple microprocessors and categorized the cost of ownership based on the criticality of the Design Assurance Level (DAL) required by the application that M-RTOS is supporting.

An RTOS is used in aerospace electronics to serve as the interface between the hardware/ microprocessor and the application software that controls associated aircraft functionality.

The way that Mannarino has introduced M-RTOS is also under a major cost advantage, as a $10 million development investment from Lockheed Martin several years ago completely offset all development costs.

"The $10 million invested into Mannarino by Lockheed Martin was used to develop the M-RTOS. This initial investment to develop the product does not need to be recovered financially speaking," Mario Iacobelli, engineering project manager for Mannarino told Avionics International. "So our business model has been structured based on recovering the incremental costs of customizing the M-RTOS to our customers' needs."

Lockheed's investment was awarded in 2017 under an Industrial and Technological Benefits (ITB) Policy agreement signed with Mannarino. The offset investment was in direct support of Industrial and Technological Benefits (ITB) obligations associated with Canada's purchase and in-Service Support maintenance, and support of 17 CC-130J Super Hercules aircraft, which were delivered to the Royal Canadian Air Force in 2010, according to an April 2017 press release published by Lockheed covering the award.

Mannarino told Avionics via emailed statements and web-based presentations that the driving force behind the development of the new M-RTOS was the lack of what they felt was an operating system specifically supporting the unique requirements of modern aircraft, which can feature hundreds of individual computers and systems with their own requirements.

Where M-RTOS poses the potential to disrupt the business models for aerospace safety critical software development is within the economics it brings to cost of ownership and product lifecycle. In a completely new buying approach, it is being offered on a fixed annual subscription basis ranging from 1 to 7 years. Additionally, the company stresses that there are no run-time license limitations or quarterly reporting required on the number of units shipped. They have also eliminated the royalty payments that they say are common among the real time operating systems that are available to the aerospace industry today.

Mannarino's Tracer is a feature within the Workbench that allows users to visualize the entire system execution / behavior and
identify hard to reproduce errors. (Mannarino Systems & Software)

"This fundamental change offers opportunities to leverage savings across multiple end-use products and even an entire product portfolio that use the same microprocessor. This compounds savings even further. Some competitors also ask that royalty payments be made for each instance of the RTOS within a system. For example, if your system uses two of the same microprocessor, then each instance of the RTOS that is embedded in the microprocessor requires a royalty payment," Iacobelli said.

Iacobelli also provided some perspective on the factors that have been increasing the cost of developing safety critical aircraft software over the last several decades within his FIA Connect presentation. In one slide, he showed how since the 1970s, the size of aerospace software on aircraft systems has doubled every five years. A chart showing software lines of code growth referenced that a 1980s built Boeing 737 featured 470,000 lines of code, while the in-service Boeing 787 features 14 million lines of code.

Mannarino's first M-RTOS customer is MicroPilot, a Canadian provider of unmanned aircraft autopilot software. MicroPilot is using M-RTOS to support a Texas Instrument supplied ARM-based microcontroller as the core element of their autopilot system. Since the micro controller selected by MicroPilot did not feature a memory management unit, Mannarino claims that the "market leaders couldn't support the processor."

On the traditional manned air transport side of aerospace, the company also sees M-RTOS as ideal for supporting federated line replaceable units and unique aircraft systems like a landing gear, steering, or engine controllers.

"An emerging market we see is the certifiable COTS hardware. The M-RTOS also works very favorably for these types of aerospace manufacturers like Curtiss-Wright Defense Solutions, Abaco Systems. The COTS hardware are typically OS agnostic which means as aerospace companies look to use certifiable COTS hardware, they have the freedom to choose the RTOS that best fits their overall aircraft needs. Having an affordable option with the commercial approach to help minimize overall aircraft cost we believe will be looked upon quite favorably," Iacobelli said.

Along with the introduction of M-RTOS, the company also describes its new Mannarino Workbench as an associated development enabler. Workbench includes a modeling tool that uses graphical user interfaces to configure M-RTOS to different partitions. The Tracer featured within Workbench also enables visualization of overall system execution and behavior.

John Mannarino, president and founder of Mannarino Systems, participated in an opening question and answer session for the company's FIA Connect spotlight where he helped to demystify some of the functionality within aircraft systems that M-RTOS is designed to support.

"Generally for software on any system on an aircraft, there's many layers of software that are required to actually get the computer to do the right thing and control the aircraft correctly," Mannarino said. "There's a boot loader that's very low level that boots up the computer. There's an operating system which really is the brain that controls all the apps and interfaces with the hardware to do the low level processing required, and then there's higher level application software that knows how to control an engine, knows how to transfer fuel, and knows how to form navigation functions."

Beyond the introduction of M-RTOS, the company is also actively in partnership with several Quebec universities researching how the introduction of artificial intelligence and machine learning can be used to reduce multi-core processor interference. There are also ongoing discussions with one aircraft and one avionics manufacturer – both are still unnamed –  to learn about their progress with multicore processor development.

Mannarino also discussed why the cost of next generation safety critical aircraft software development has been skyrocketing in recent years as well.

"Everything needs an operating system, which is fantastic from a manufacturing perspective, because I can sell it to many folks. But we also recognize it as a core element that is required for every system and we're trying to take that core element and our financial advantage and give a revolutionary product to the industry," Mannarino said. "The industry is tired of paying way too much for an operating system and tired of being neglected as well. Aerospace, as we were talking about it today is a critical industry, but it's not the highest volume industry for electronics and software. So the current market leaders in these areas for RTOS sometimes don't treat their aerospace customers the way aerospace customers deserve to be treated."