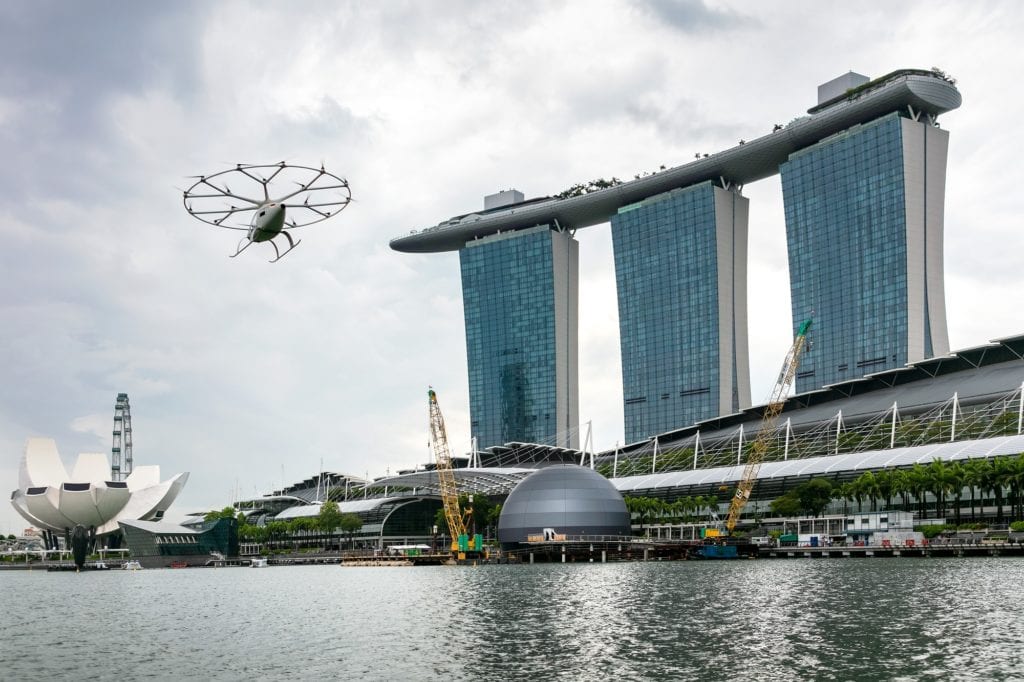 Following the publication of a Special Condition for hybrid-electric and electric VTOL aircraft last year, the European Union Aviation Safety Agency (EASA) released some details on how manufacturers can reach compliance in a document that will be open to industry comment until July 24, 2020.

The means-of-compliance (MOC) publication, EASA's third "building block" in its path to certification and regulation of electric aircraft and urban air mobility operations, includes guidance for manufacturers on how to comply with requirements for "person-carrying small VTOL aircraft with three or more lift/thrust units used to generate powered lift and control," according to the agency.

That description encompasses just about all distributed electric propulsion designs currently in development, including multirotor, lift-plus-thrust and vectored thrust configurations.

"Now that the industry is moving from prototypes into more mature designs, guidance on how to comply with the certification requirements is needed," EASA stated in a press release. "The third block published today therefore proposes means of compliance for key certification requirements such as the structural design envelope, flight load conditions, crashworthiness, capability after bird impact, design of fly-by-wire systems, safety assessment process, lightning protection and minimum handling qualities rating."

EASA's proposed special condition, as published in July 2019, requires aircraft intended for flight over congested areas or any commercial use to encounter catastrophic failure conditions – defined as preventing continued safe flight and landing of the aircraft – less than once per 10-9 flight hours, the same failure rate required for commercial airliners. 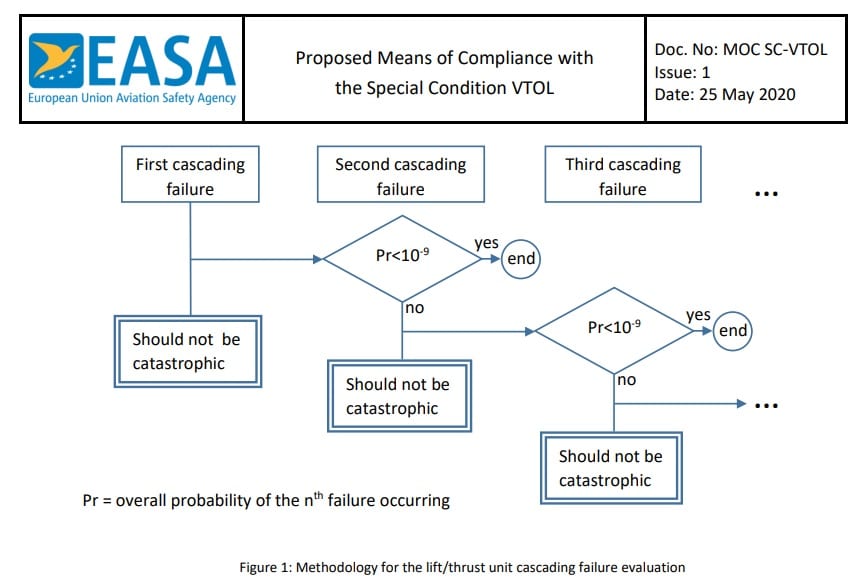 The above chart depicts how EASA will assess potential cascading failures of lift/thrust units in eVTOL aircraft. (EASA)

The Federal Aviation Administration recently outlined a similar approach to the autonomy systems that feature heavily in planned eVTOL operations, beginning with certification "of the basic vehicles for Part 91 simplified type operations, and as we get that piece done … we'll develop the capabilities to certify more complex systems … potentially at a later date," as Peter White, head of the FAA's Center for Emerging Concepts and Innovation, said during a recent Agility Prime webinar.

Overall, however, FAA and EASA are taking opposite approaches to building regulatory regimes for eVTOL aircraft.

"While the FAA plans primarily to use the inherent flexibility of Part 23 Amendment 64, so no new regulations are required, EASA has taken the opposite approach of building a whole new regulatory framework from scratch," said Mike Hirschberg, executive director of the Vertical Flight Society.

More comprehensive information on compliance with EASA regulation will be presented during the 2020 EASA Rotorcraft and VTOL Symposium scheduled for November 10-12, 2020, according to the agency.