A control valve with built-in flowmeter 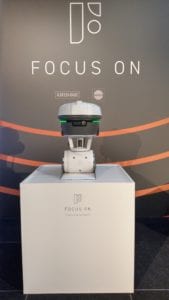 On September 19, Focus-On (Dordrecht, the Netherlands; www.focus-on-process.com) – a new, 50:50 joint-venture (JV) of Samson AG (Frankfurt am Main; www.samson.de) and Krohne GmbH & Co. KG (Duisburg, both Germany; www.krohne.com) – introduced its new "intelligent process node," a device that combines three functions: sensor, actuator and control. The module incorporates an ultrasonic flow sensor to measure flow in a pipeline and regulates its valve function independently using adaptive control to achieve specific set points. In addition to flow, the module also measures temperature and pressure (including differential pressure). This feature, combined with integrated diagnostics functions and artificial intelligence, enables the autonomous actuator to know its current status, predict its future conditions, and learn to adapt to specific applications. The device can, for example, recognize and predict cavitation. The increased stress and wear of the valve and piping can be avoided or significantly reduced, says the company.

Integrated into the device is a digital twin, which can generate model data and compare actual with virtual data (temperature, pressure and flowrate) in the virtual world, and generate data for predicting failure. "The difference here is that the digital twin is not in ‘the cloud,' but in the device itself – this is a first," says Focus-On managing director André Boer. Because all sensors, control and actuator are integrated into a single device, cycle times can be up to ten times faster than conventional systems. "This allows for better control, without overshoot," he says.

Capital expenditures for using the device are said to be reduced by at least 33%, compared to a conventional setup with a control valve and separate sensors for flow, temperature and pressure. "The cost savings are due to having one specification sheet instead of four, two flanges instead of six or seven, and less piping. The space savings is especially attractive for builders of skid-mounted units, where space is at a premium. Fewer flanges also means a lower risk of leaks," says Focus-On managing director Kavreet Bhangu.

Five test units are now being tested by Krohne in Duisburg, and another five by Samson in Frankfurt. Field trials will begin in the next several weeks. Focus-On plans to launch a first commercial product in the first quarter of 2020. This will be a unit with DN 80 (3-in.) flange size, PN 16/40 – Class 150/300 pressure rating for non-Ex applications. Ex certification is underway. Smaller and larger sizes will be released later in 2020. 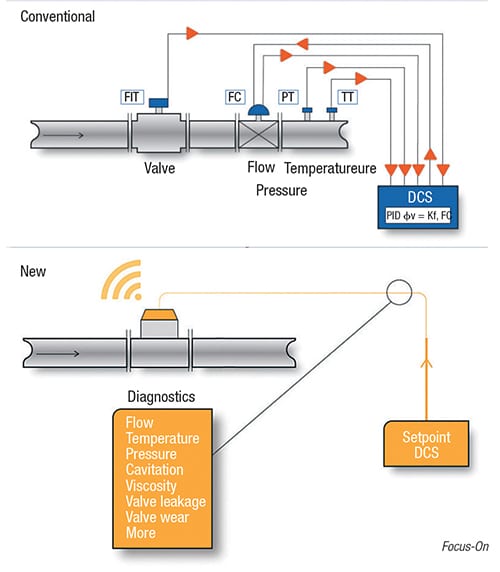