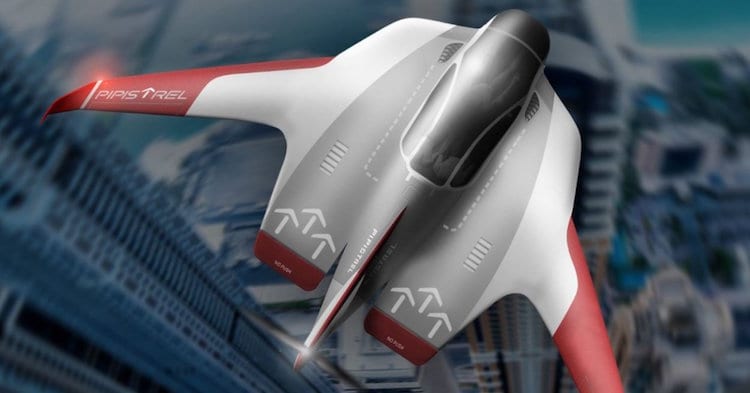 Honeywell is bringing its commercial aircraft fly-by-wire system to the urban air mobility (UAM) market, and the aerospace company is packaging it into a box the size of a book.

"For UAM, weight is a huge concern," said Mike Ingram, Honeywell vice president and general manager of cockpit systems. "Initially, we thought in the beginning you might have hybrid-electric [vehicles], and now pretty much everything you hear is going all electric."

The move to electric puts an even bigger premium on size, weight and power (SWAP) because of battery constraints, and the fact that a heavy traditional autopilot won't be part of the equation means the fly-by-wire system is at the forefront.

"Fly-by-wire is basically just the wire going from the flight control stick [or any other means of flight control] to an actuator or motor," Ingram said. "It's significantly reducing the amount of weight in there, plus it enables us to go from pilot flying to completely autonomous easily."

Manufacturers will design their own flight control laws that determine how the aircraft will fly, how to interpret pilot or operator movements and flight plans. Honeywell's product is a generic piece of hardware and software that has the necessary algorithms, using an automatic code generator, to translate and transmit those laws to control motors. Ingram said Honeywell provides the set of tools, trains customers in their use and provides a means to test on the ground – which is, understandably "very important to them."

So far, those manufacturers include Pipistrel, which will be using a whole host of Honeywell UAM products – flight controls, navigation, connectivity and other avionics – as well as Israeli startup Eviation and British manufacturer Vertical Aerospace.

The signing of a memorandum of understanding between Honeywell and Vertical Aerospace, the latter of which was formed in 2016, to partner on regulatory, technical and safety challenges for the UAM market was announced June 3, ahead of Uber's Elevate Summit in Washington. Ingram said to be on the lookout for more announcements of manufacturers that have agreed to use Honeywell's fly-by-wire system.

"We have talked to just about every OEM out there," he said. "Some that we think have the most probability of succeeding, those are the ones we're spending the most time with."

The Pipistrel method is Honeywell's favorite. It means more sales, obviously, but Ingram also said the opportunity to bundle together a bunch of Honeywell products offers advantages: More tightly integrating navigational and inertial measurement components into the fly-by-wire or vehicle management system, quicker communications because there are no concerns about intellectual property when setting that integration up and a more cost-friendly bundle price for the consumer. Plus, the more Honeywell can integrate ahead of delivery the better because on-aircraft integration can be difficult and slow things down, Ingram said.

The fly-by-wire system is integral to the UAM market. It allows critical automation and facilitates a smooth flight experience that will be friendly to new passengers.

"What we're seeing in the market is a lot of the innovation coming up from the bottom, coming out with really very cool and low-cost, low-weight products, so we know we have to compete and bring low SWAP products into the market," Ingram said.

He believes Honeywell's edge is in experience and proven reliability: "We can provide the level of safety that people expect when they get on a 737 or 787 aircraft."

Ingram said the fly-by-wire product itself is pretty similar whether installed in an air taxi or an airliner. The UAM market needs smaller, lighter and cheaper systems and requirements at this level "will likely include triple-redundancy," he said, with a built-in dissimilarity to ensure that if one system fails, the other two don't also.

That won't be known for sure until the FAA releases requirements, but Honeywell is staying in contact with the agency throughout the process.

There will also be an evolution. Early versions of Honeywell's system have already been delivered to Pipistrel and Eviation for demonstration and testing, and Ingram said it would be an iterative process.

"We're able to send software updates kind of like what you do with your car, for example your Tesla," he said. "We can send updates, assuming the FAA approves, [allowing for] faster responses, faster fixes, faster improvements. It's a whole new brave world."